Remembering September 11th: We Must Not Forget 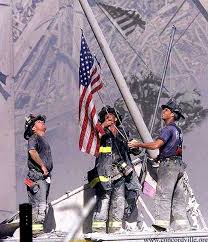 As we commemorate the tenth anniversary of 9/11, we must not forget the countless stories of heroism, loss, triumph, and tragedy.

We should think back to what it was like, ten years ago, when as a country, we stood united as one, resolute and ready, to defeat the evil force that attacked our country and our way of life.

We should thank God that our Nation’s leaders had the courage to lead, that our military had the strength to respond, and that our first-responders had the dedication to save lives.

We should reflect on the many stories of personal heroism, from the brave men and women on United flight 93, to the old man who sacrificed himself so those younger could  evacuate the World Trade Center, telling them that “He had lived a long life.  You should too.”  He gave his life so that others could live.

So many gave their lives that fateful day, and yet, for some families, there remains a lack of closure.  Many bodies of the dead were never found, and one decade later the Freedom Tower has yet to stand tall, all 1,776 feet of it.

We must not forget.  Not now, not ever.

Josh Kaib, a junior at American University, is President of AU College Republicans.
View all posts by Josh Kaib →
This entry was posted in Josh Kaib, Opinion, Posts by Author and tagged September 11, terrorism, unity. Bookmark the permalink.
%d bloggers like this: